Well, well, look what I found at the back of the garage: two unfinished posts meant for the King's Highway. One of them is for Roadwork, the other is for Just After Sunset. Neither is finished, just notes and quotes, but I'm looking at these last few blogging months as not just finishing up certain projects but emptying the tanks / chambers before heading back to base for good.
I wanted to do proper reviews of the below - and finish all of King's short fiction re-read - but looks like the work will have to be done by others. But perhaps they'll be of some interest just the same.
Either way! Bombs away. 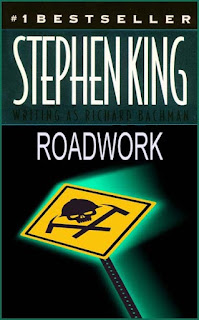 Taxi Driver / in the air at the time. American New Wave fiction.

"He was hypnotized by the coming explosion, almost lusted for it. His belly groaned in its own juices."

Sally One-Eye Magliore. (King's gangsters. An interesting group. How much of Magliore is in the Thinner guy whomever? He has his go-to "voices.") "When Gabriel trumpeted in the Apocalypse, Sally One-Eye would still be patiently explaining the invulnerability of all systems everywhere and urging the old whore on him."

On TV Merv Griffin was chatting with celebrities. (The refrain. Again: like Taxi Driver with the crap daytime TV he's always watching.)

Positioned as it is, with mega-corporations buying everything (and the fate of Vinnie), the energy crisis, mindless expansion and credit, etc. American life was fundamentally changed in ways few realized at the time, focused as they were on rude animal pursuits like bellbottoms, bussing, and heroin.

"That would be the end of the whole, self-pitying mess." (Wants to commit suicide-by-energy-wasting.) Alcoholism. He thinks about things "until the alcohol blotted out the ability to think." A reaction against all the above and his Mom dying, R.I.P.

"A lie would end the discussion so much more quickly and neatly. She was like the rest of the kids, like Vinnie, like the people who thought education was truth: she wanted propaganda, complete with charts, not an answer."


Fred and George (and Charlie and trauma.) "Deep in Charlie's brain was a collection of bad cells roughly the size of a walnut. If you had that collection of bad cells in front of you on the table, you could squad them with one hard hit. But they weren't on the table. They were growing deep in the meat of Charlie's mind, still smugly growing, filling him up with random strangeness."

The woman who dies at the Shop'n'Save, and the doctor who looked scared "as if he had just realized that his profession would dog him to the grave like some vengeful horror monster."

A mystery: Albert says "Do I know you from somewhere? Why do I keep feeling I know you?" I missed the reason for this. Anyone?

The Guardian re-read (and mock them for their pace - note: this is a reference to their re-read of King taking FOREVER. I was lapping them constantly when I was doing the King's Highway. And they were getting paid to do it! Pathetic.)

"In it he says that Roadwork is "(his) favourite of the early Bachman books". I don't know what changed his mind, but perhaps it was the peace afforded by time; of being able to stand back and see what he (or, rather, Richard Bachman) had done. In the novel, that's the problem: Barton can't. He's always there, with the house and the laundry and his wife, everything reminding him of the way that things were. I'm pleased that King is at peace with Roadwork, because it sits comfortably alongside some of his best non-genre novels: a story about a real person who has been ruined by the true horrors of real life."
In 2021, it seems the pendulum has followed a more banal-woke take on everything Roadwork. I hope it comes back around to re-appreciation if we ever survive this neo-Maoist struggle session being inflicted on us by a few and enabled by far too many. 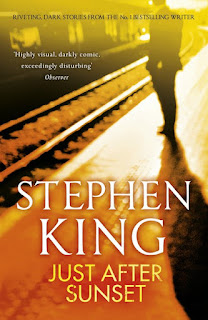 From the outro: "There is no rational response to miracles. And no way to understand the will of God - who, if He is there at al, may have no more interest in us than I do in the microbes now living on my skin. But miracles do happen, it seems to me each breath is another one. Reality is thin but not always dark. I didn't want to write about answers. I wanted to write about questions. And suggest that miracles may be a burden as well as a blessing. And maybe it's all bullshit. I Like the story, though."
Lovely description of "Ayana." But that's not one of my favorites.

A Very Tight Place - Dolan's Cadillac. Graduation Afternoon, all "B"s.
Cat from Hell. "B" or B -"
NYT at Special Bargain prices feels like it'd make a good beginning to something. B-

Gingerbread Girl  B+  (Perfectly fine, perfectly well-done and all, could be a great movie, but not much to it. Run, (name) Run was already kinda taken as a title, I guess. This genre of women running away/ escaping rich abusers really consumes some people.

Mute  B+  (I remember when I read this in Playboy it was the first King I'd read in years. I enjoyed revisiting it. I often speak of this genre of King's stories as something unrealistic, the one-character-telling-another. It's almost like he heard me, or some similar criticism, and came back with this story. "You can't fault the set-up here, jackhole!" )

N  A-  (This is a fun one.)
Things Left Behind  A-
Stationary Bike  A-  (I love this one, kind of, but it doesn't really go anywhere. ha - see title. Anyway the idea of people in my stomach pissed at me for trying to give up cheeseburgers is probably genius.)
Willa  A

"Sometimes they were in the mirror and when they slipped from view there was only a country song playing in an empty room lit by a neon mountain range."
Love this one. Not a tremendous fan of the name/ title, though I love all the "King loves his wife" stories.
~ 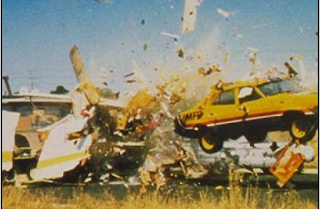